‘Eat This’ Is Better Than ‘Don’t Eat That’ 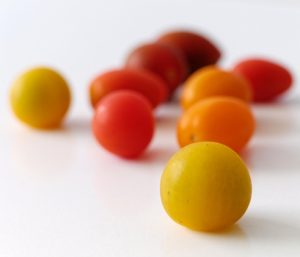 Positive reinforcement is a better tactic to encourage healthy eating than negative messages along the lines of “don’t eat that,” according to researchers from Cornell.

Led by Brian Wansink, a food psychology researcher and author of “Slim By Design,” the team analyzed 43 international studies that had to do with positive or negative messaging when it comes to nutrition.

Results showed that fear-based messages about what not to eat aren’t as effective as telling people what to eat – and why these foods are beneficial to them.

“The…study findings show that focusing on Do is better than on Don’t,” a press release on the research stated. “That is, stressing the benefits of eating healthy foods is more effective than warning against the harms of eating unhealthy foods.”

From public health campaigns to parents

Parents or spouses who are trying to convince their loved ones to eat better, Wansink said, should focus more on positive messaging if they want to foster good habits. Public health campaigns, too, could be improved using these guidelines.

“It’s better to focus on the benefits of broccoli and not the harms of hamburgers,” Wansink said.