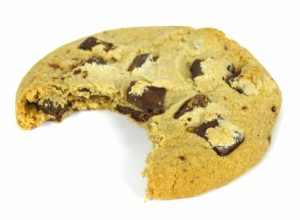 With excessive sugar consumption contributing to the rise in obesity worldwide, researchers believe sugar addiction can be treated with the same drugs used to alleviate tobacco addiction.

Researchers from Queensland University of Technology (QUT) think they have found a new way to treat the 1.9 billion people worldwide who are considered overweight – often due to excessive sugar intake. By administering FDA approved drugs like varenicline – a prescription medication used to treat nicotine addiction – people can curb their sugar cravings.

“Excess sugar consumption has been proven to contribute directly to weight gain,” said Selena Bartlett, Professor of Neuroscience at QUT. “It has also been shown to repeatedly elevate dopamine levels which control the brain’s reward and pleasure centres in a way that is similar to many drugs of abuse including tobacco, cocaine and morphine.”

Researchers believe that consuming sugar over a long period of time reduces the dopamine levels that deliver feelings of pleasure. This results in higher consumptions of sugar to regain the same level of comfort. By doing so people put themselves not only at risk for weight gain, but also for symptoms like mood disorders and motivational issues.

Along with natural sugar, artificial sweeteners were also examined during the study.

“Interestingly, our study also found that artificial sweeteners such as saccharin could produce effects similar to those we obtained with table sugar, highlighting the importance of reevaluating our relationship with sweetened food per se,” said QUT researcher Masroor Shariff, PhD.