Could A Missing Gene Be Causing Your Eating Disorder? 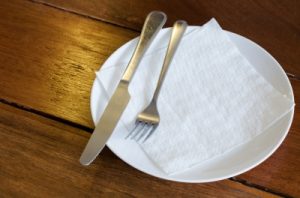 The absence of just one gene was linked to a higher prevalence of eating disorders among mice, a new study reports.

When missing the ESRRA gene, short for estrogen-related receptor alpha, mice were less likely to seek out high-fat foods when they were hungry – a behavior similar to anorexia in humans.

The mice lacking the ESRRA gene were also more likely to have abnormal social interactions and an increase of obsessive-compulsive behaviors.

The role of genetics in eating disorders

In previous research, Dr. Lutter and his team found that a mutation in the ESRRA gene was associated with a higher prevalence of eating disorders in human test subjects.

“This work identifies estrogen-related receptor alpha as one of the genes that is likely to contribute to the risk of getting anorexia nervosa or bulimia nervosa,” Lutter said.

“Mouse models of human neuropsychiatric illnesses are useful for identifying cellular and molecular abnormalities that might contribute to illnesses like eating disorders,” Lutter said. “They are also useful for screening new medications. We plan to start testing novel treatments for anorexia nervosa to see if they reverse behavioral problems in our mice.”