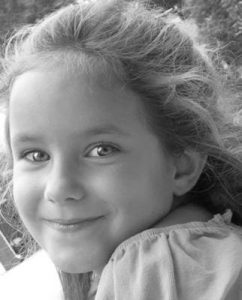 It has been suggested according to research published in the International Journal of Eating Disorders, that children with attention deficit hyperactivity disorder or ADHD, are at a higher risk of having loss of control eating syndrome. This syndrome is very similar to binge eating disorder and the findings of the study suggests the two disorders may share a common biological link.

Although many children diagnosed with ADHD lose weight when taking stimulant drugs to control the condition, experts have discovered a link between the condition and overweight and obesity.
Data has linked attention deficit hyperactivity disorder with adult binge eating disorder. However, there is very limited information in children with loss of control eating syndrome (LOC-ES). LOC-ES is a condition that has many similarities with the diagnostic criteria for binge eating disorder and it is typified by the inability to stop eating at certain times.

The Centers for Disease Control has reported as of 2011, approximately 11 percent of children in America between the ages of 4-17 have been diagnosed with attention deficit hyperactivity disorder. This common behavioral disorder is characterized by hyperactivity, impulse control issues and difficulty paying attention for any specific length of time.

Basis of the Study

Researchers believe the cause of excessive weight in some children with attention deficit hyperactivity disorder could be due to a connection between the impulse control that typifies ADHD and loss of control over food ingestion.

In this study, Dr. Shauna Reinblatt, the assistant professor in the Division of Child and Adolescent Psychiatry at Johns Hopkins School of Medicine and her research team reviewed data from 79 children between the ages of 8-14. The goal was to find out if there was a connection between ADHD and loss of control over food consumption.

Each child in the study was assessed with a number of tests, interviews and parental reports in order to diagnose or discredit ADHD and LOC-ES. There were also neuropsychological tests performed to assess how well the children were able to control their impulses.

It was established by researchers that children diagnosed with ADHD were twelve times more likely to have LOC-ES when compared to those who didn’t have ADHD. Overweight or obese children having LOC-ES, were seven times more likely to also have attention deficit hyperactivity disorder, when compared with overweight or obese children who did not have LOC-ES.
Additionally, impulse control testing revealed the likelihood of children having LOC-ES increased exponentially by the less control they have over their impulses.

These findings certainly seem to support a link between ADHD and uncontrollable eating. However, Dr. Reinblatt states there are a number of different explanations for the study results.

Children who are diagnosed with attention deficit hyperactivity disorder and LOC-ES could be affected by a more severe form of ADHD involving greater levels of impulsivity. The greater level of impulsivity could influence eating patterns and children with both disorders may have an underlying risk factor that could be related to a genetic predisposition to impulsive behaviors.

While there is no definitive link between ADHD and LOC-ES, more clinical studies should be done. Children need to be screened for uncontrollable eating behaviors along with ADHD until further research has been done.