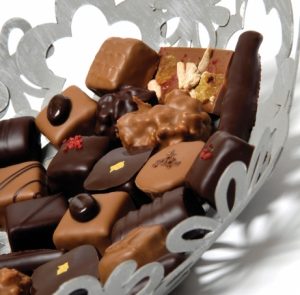 Parents who are in the habit of rewarding their children with food could be accidentally teaching them to deal with their issues through eating.

A new study from Aston University found that children who were rewarded with treats by their parents were prone to “emotionally eat” later in childhood. The children in the study were more likely to eat unhealthy snack foods when mildly stressed despite not being hungry.

“We often use [bad] food types as a treat or a reward, or even as a response to ease pain if children are upset,” said Dr. Claire Farrow, Lecturer in Psychology at the university. “The evidence from our initial research shows that in doing this, we may be teaching children to use these foods to cope with their different emotions, and in turn unintentionally teaching them to emotionally eat later in life.”

While researchers admitted more studies need to be conducted to determine the long-term significance of eating patterns early in childhood, they warned that because people most often establish their relationships with food early in life that it’s important to teach kids how to manage their cravings.

“Often when people ‘emotionally eat’ they are using high calorie, high fat, energy-dense foods which are not conducive to health,” said Farrow. “Learning more about how we can teach children to manage their food intake in a healthy way can help us to develop best practice advice and guidelines for families and those involved in feeding children.”

Researchers concluded the study by stressing that emotional eating in adulthood has been linked to obesity and eating disorders.