Brain Stimulation Shows Promise For Those With Eating Disorders 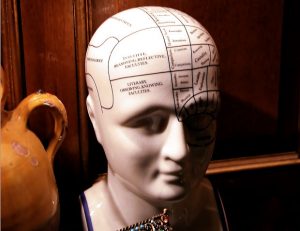 New research from the University Health Network in Toronto suggests that some anorexia and bulimia patients might benefit from targeted, noninvasive magnetic brain stimulation.

The procedure may have the ability to help minimize or relieve binge eating and purging behaviors, said study author Dr. Jonathan Downar.

Doctors in the study used a procedure called “repetitive transcranial magnetic stimulation,” which utilizes a electromagnet placed on the scalp that creates magnetic pulses similar to an MRI scan.

A total of 20 patients with anorexia and bulimia were treated, and results showed “measurable symptom improvement” in about half the patients.

“The upshot is that between 50 and 60 percent of the time you’re getting at least a 50 percent reduction in bingeing behavior,” said Downar. “And this is among patients who had already tried everything for their eating disorder, and nothing had worked. So, what we’re talking about is completely unprecedented.”

The study also found that those who didn’t respond to the treatment might have significantly different brain pattern activity than the people who responded well to the procedure.

“Those who did well with [brain stimulation] showed a lack of connection – of physiological circuitry – between the part of the brain that is supposed to tamp down on urges and cravings and the regulation area,” Downar said. “So stimulating that area repeatedly helped make the missing connection.”

Non-responsive patients, he noted, showed more connections to the regulatory circuitry than average. Therefore, brain stimulation did not work because the need for more stimulation is not an inherent problem in these individuals, he explained.

Downar is hopeful that with more research there can be a way to target the non-reponsive patients as well – and that brain stimulation can be an alternative therapy for people who have not responded well to eating disorders.

The study was presented Tuesday at the Society for Neuroscience annual meeting in San Diego.