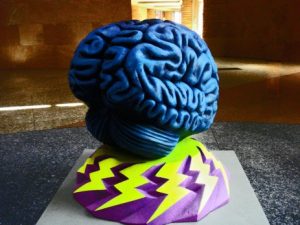 Patients with eating disorders like anorexia can be cured with consistent brain stimulation treatments, according to a new study.

Researchers at King’s College London submitted participants to a non-invasive procedure called Transcranial Magnetic Stimulation (rTMS), which is also used to treat depression. Persistent treatments may help the 0.5 to one percent of American females who battle anorexia nervosa – the most common psychiatric disorder for young women, according to the National Eating Disorders Association.

“We found that just one session of rTMS was able to reduce core symptoms of anorexia, which urged to restrict levels of feeling full and levels of feeling fat, and also encourage prudent decision-making,” said Jessica McClelland, lead author of the study. “Taken together, these findings suggest that brain stimulation may reduce symptoms of anorexia by improving cognitive control over compulsive features of the disorder.”

Anorexia and benefits of brain stimulation

Anorexia Nervosa is an eating disorder identified with the fear of becoming overweight and the limitation of food intake to keep weight off. Anorexia claims the lives of one out of every five women that suffer from the disorder.

The use of rTMS, however, can alter the neural activity in certain regions of the brain via magnetic impulses. According to the researchers, rTMS feels like a soft tap from inside of the cranium.

At the culmination of the study, researchers claimed that participants who had undergone rTMS treatments made smarter decisions about food compared with the placebo group.