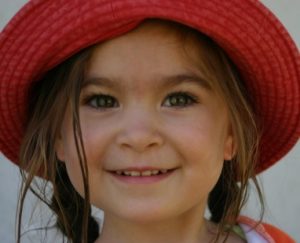 A recent report from Common Sense Media suggests unhealthy self-image or body concerns may start as early as the preschool years.

This formative time, well before the tumultuous period of adolescence, may be more significant than parents and caretakers think when it comes to helping kids develop a healthy relationship with food and their bodies.

A stunning 80 percent of American girls under the age of 10 say they have been on diets, while more than half of girls as young as 6 to 8 think an “ideal” body size is thinner than their own.

“We find that body image begins to develop at a very young age and that multiple factors – parents, some media, and peers – are influential,” the report stated.

Research suggests to ban all forms of ‘fat talk’

If parents make an effort to voice a healthy attitude about their own bodies, it can help shape the attitudes and behavior of their children.

Banning “fat talk” is one of the best ways to set a good example, the research suggested.

“Say why you appreciate your own body,” the report said. “Watch your comments about other people’s bodies and appearance.”

Boys are affected too

The research also emphasized the fact that boys struggle with body image issues too.

“Body image issues are widely prevalent, and societal norms around appearance and weight depicted in kids’ media are gendered, stereotypical, and unrealistic,” the report stated.

Parents are encouraged to monitor their boy’s negative body talk and appearance for warning signs, such as dramatic weight loss or gain.