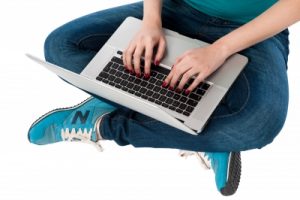 Young women who identify as bisexual – or who are questioning their sexuality – are more likely to develop eating disorders, according to new research.

A study from Drexel University surveyed more than 2,000 young people between the ages of 14 and 24, revealing that there are significant differences in how disordered eating behaviors manifest in young women, depending on their sexuality.

Females who reported being uncertain of their sexual preferences had the highest prevalence of eating disorder symptoms, suggesting that confusion regarding sexuality identity may be a high risk factor for dangerous behaviors.

The study also found that men who identified as bisexual or gay had higher rates of eating disorders than men who were attracted to the opposite sex.

“While there is a lot of research indicating gay and bisexual men exhibit higher rates of eating disorders than heterosexual men, findings have been mixed with respect to women,” Shearer said. “Moreover, bisexual and – to an even greater degree – questioning persons are often excluded from these studies.”

According to Dr. Guy S. Diamond, co-author of the study, the findings highlight a need to increase sensitivity when it comes to sexual minority youth, as well as the importance of comprehensive screening for potential mental health problems during routine primary care visits.

The study is published in the journal Eating Behaviors.