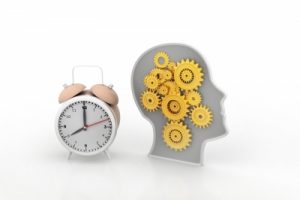 People who are underweight in middle age are about 30 percent more likely to develop dementia than people who are a healthy weight, according to recent research.

The tipping point is having a body mass index (BMI) less than 20 kg/m2, the study found, which was the largest ever to analyze the link between dementia risk and BMI.

“Our results suggest that doctors, public health scientists and policy makers need to re-think how to best identify who is at high risk of dementia,” said study author Stuart Pocock, professor at the London School of Hygiene & Tropical Medicine.

Even after adjusting for factors like alcohol use or smoking, which can raise dementia risk, low BMI was still associated with the condition.

Weight as a protective factor

The study found that as BMI increased during middle age, dementia risk was reduced. Interestingly, very obese people (those with a BMI of more than 40 kg/m2) were the least likely to get dementia.

“The reasons why a high BMI might be associated with a reduced risk of dementia aren’t clear, and further work is needed to understand why this might be the case,” said lead study author Dr. Nawab Qizilbash.

People who are underweight may suffer even further if they develop dementia, as the condition can often cause individuals to eat less or to stop eating altogether – due to simple forgetfulness or other cognitive complications that govern behavior.