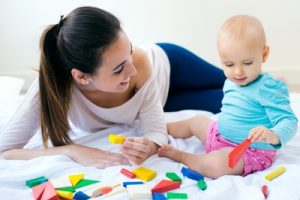 The study found that toddlers pick up on the attitudes of their mothers, revealing that obesity prejudice, body image beliefs and discrimination are shaped early in life.

The researchers showed 70 infants and toddlers pairs of photos of people – one person who was obese and another where the person was of normal weight. They also used questionnaires to determine the mother’s attitude toward obesity.

According to Ruttman, many argue that anti-fat prejudice is an innate characteristic, but the new study suggests that it is actually socially learned.

Even after accounting to other factors, like BMI, education, or children’s TV viewing, the researchers were still unable to find an association between these factors and obesity prejudice.

“What is surprising, is that children are picking up on these things so early,” Ruttman said.

The study is published in the Journal of Experimental Child Psychology.