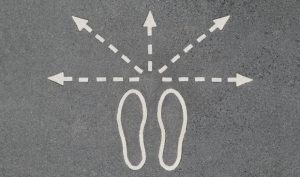 People with eating disorders who also have attention deficit hyperactivity disorder (ADHD) tend to have poorer prognoses than patients without impulsivity issues, according to new research.

“On the other hand, more restrictive anorexic patients and those with more ability to control themselves do not show these symptoms,” explained Fernando Fernández-Aranda, head of the Unit of Eating Behavior Disorders of the Bellvitge University Hospital and IDIBELL researcher.

Based on a study of 191 patients, the research showed that ADHD symptoms are positively associated with impulsive personality traits and age. The older and more impulsive a patient is, the more likely he or she will develop an eating disorder, the study found. Impulsivity was also associated with greater severity of the eating disorder as well as “low self-direction.” Not being adept at planning or achieving long-term goals seems to correspond with poorer outcomes.

“So patients with ADHD symptoms also have a worse prognosis because it is harder for them to be able to accomplish a treatment,” said Fernández-Aranda.

The findings suggest that research on brain circuits that regulate the reward system may be helpful, as well as studying how impulsivity in ADHD patients is intricately linked to behavior pathologies like eating disorders or addiction.

Results of the study can be found online in the journal BMC Psychiatry.