The ‘Overeating Hormone’ Theory May Be A Lie 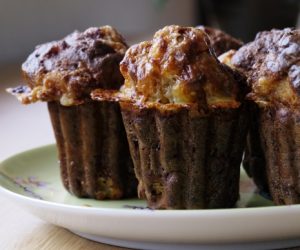 Leptin, a hormone associated with the hunger response, has long been theorized to cause overeating – in that people who have leptin resistance are more prone to binge.

Yet a new study published in Cell Metabolism reveals that leptin resistance isn’t necessarily the cause of overeating. Researchers blocked leptin action in both lean and obese mice, finding that both sets of rodents ate and gained weight equally.

“Restoring leptin action will not be effective at reducing obesity because leptin action is normal as opposed to being impaired in obesity,” assistant professor Diego Perez-Tilve, PhD, said in an article on Medical Xpress.

Leptin is closely linked with hunger because, when acting normally, it signals the brain that the body has enough fuel from fat cells and does not need more food.

According to Dr. Robert H. Lustig, professor of pediatrics at the University of California, San Francisco, dieting can decrease the amount of leptin produced – which alerts the body that it’s in “starvation” mode and can trigger hunger.

The current study suggests that leptin supplements, however, may not actually work.

“We need to change our way of thinking about how to use leptin as a potential target for therapy to treat obesity,” Perez-Tilve said.