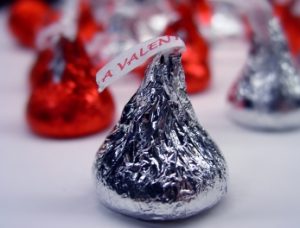 Research has shown that eating while distracted – whether it’s watching TV, talking on the phone or flipping through a magazine – can lead to eating more and, ultimately, weight gain.

Binge eaters know this problem all too well, but a new study suggests there might be a way to eat less – even when in the throws of a frenzied binge eating session.

It might sound easier said than done, but researchers found that participants who took smaller bites of food – while being distracted by watching a movie – ended up consuming less food than those who took bigger bites.

Participants in the Netherlands study were given different portion sizes of soup, and all participants were allowed to eat as much as they wanted. Those who ate the pre-specified smaller “bites” ended up consuming about 30 percent less soup than participants in two other groups who had bigger portion sizes. The latter two groups also wrongly estimated how much they had eaten, guessing they had consumed less than they did.

And while the study found that distractions increased a participant’s food intake – regardless of portion size – it suggests that a small-bites approach may help over-eaters reduce their food intake overall.

The study is published online in the Public Library of Science (PLOS).