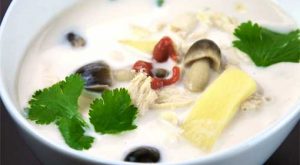 Although many establishments offer “super-size” portions to attract customers, there is also a move away from overflowing plates with large calorific portions of French fries or pasta. Researchers are using psychology in order to help consumers trim their portions (and reduce calories) without feeling deprived.

Researchers note that portion sizes have been steadily increasing. For example, a small size Coke nowadays is the equivalent to the large size 15 years ago. Large portions can quickly result in excess weight gain as most people find it extremely difficult to leave food on their plate and will often keep eating without being aware of whether or not they are full.

However, psychologist Janet Schwartz has determined that when given the choice, restaurant customers will often select a smaller portion. She studied customers at a Chinese restaurant and discovered that up to one third of them were happy to accept a half-size portion of a side dish such as rice or noodles, even if there was no difference in the cost.

The theory was tested again in a series of experiments conducted at a popular Chinese restaurant at Duke University. This time, servers asked customers if they would prefer a half-order of rice or noodles in order to save 200 calories. Between 14 to 33 percent of customers did choose the reduced portions (without adding extra quantities of other food choices), indicating that smaller portion sizes are a positive option for many people concerned about overeating.

Other researchers have concentrated on using psychology to “trick” the brain into taking smaller portions. Food served on slightly smaller plates appears more satisfying and gives the impression of a generous amount. Food arranged on a plate with a stark color contrast also serves as a visual reminder to restaurant customers not to load up on extra helpings.