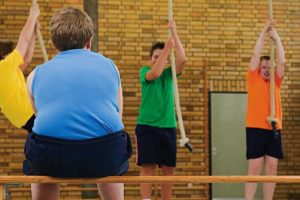 While obesity is not officially classified as an eating disorder, it is slated to be included in the classification in the near future. Despite that, it is almost but not quite yet an eating disorder more and more doctors are treating obesity as such.

Dr. Kim A. Eagle, a cardiologist and a director of the University of Michigan Cardiovascular Center in Ann Arbor, said bad eating and activity habits are the cause of childhood and adolescent obesity not genetics.