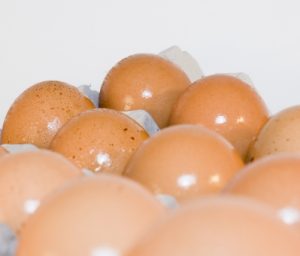 Individuals who opt for a protein-rich breakfast get a boost of pleasure hormone dopamine, which can lead to fewer cravings later in the day, reports a new study in the Nutrition Journal.

Researchers from the University of Missouri found that different breakfasts could impact an individual’s levels of dopamine, which moderates impulses and reward when it comes to food cravings.

“Dopamine levels are blunted in individuals who are overweight or obese, which means that it takes much more stimulation – or food – to elicit feelings of reward,” said Heather Leidy, assistant professor of nutrition and exercise physiology. “We saw similar responses within breakfast-skippers.”

Participants in the study were young women with an average age of 19. The subjects’ dopamine levels were measured by homovanillic acid (HVA), which is the main dopamine metabolite.

Leidy said that the last 50 years have seen a decrease in breakfast consumption and an increase in weight gain overall.

“In the U.S., people are skipping breakfast more frequently, which is associated with food cravings, overeating and obesity,” she said.