Obese Child Removed From Family And Placed In Care 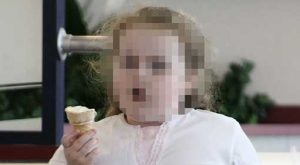 An obese boy who weighs more than 200 pounds has been removed from his Cleveland, Ohio home, and placed in foster care.

The removal of the young child who is only in 3rd grade at school has set off a media frenzy, as people debate the issue of childhood obesity, and how best to respond to individual cases such as this one.

Social workers had been working with the boy’s mother over the past year, in order to support her attempts to control her son’s weight and provide appropriate diet and exercise. The social workers approached the court for custody of the young boy, citing “medical neglect” as the reason for placing him in foster care. They believe that the mother is not doing enough to help the young boy lose weight.

Lawyers for the family have noted that although the boy is obese, his health is not in imminent danger. Children are usually removed from their homes as a measure of last resort, in situations where the parents are abusive and/or coping with drug and alcohol problems. They argue that the county may have gone too far in this case.

Up until now, the boy has had a normal childhood. He is on the honor roll at his elementary school, and participates in school activities.

Health professionals are of mixed opinions regarding the placement of the young boy in foster care. Some have cited the implications of disregarding extreme obesity in a child so young, and believe that without intervention he will face certain devastating health consequences. Others have questioned the wisdom of taking a young child away from his parents for reasons of obesity, noting that one third of American children are overweight.