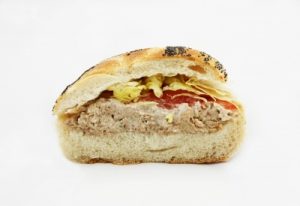 Understanding and learning to recognize true hunger cues may be the most important skills to develop if you have an eating disorder and are trying to maintain a certain weight, according to a new study.

Researchers from Queensland University of Technology found that snacking when you’re not hungry can cause as much weight gain as too-large portion sizes or caloric-rich foods.

“Excessive portion size and energy-dense foods are often blamed for weight gain but the frequency of eating is a significant contributor too,” said Dr. Stephanie Fay, lead researcher. “Some people are more inclined to be susceptible to reward gained from foods.”

According to the National Association of Anorexia Nervosa and Associated Disorders (ANAD), individuals with anorexia and bulimia often lose touch with the signals that indicate hunger or fullness – confusing emotional needs with physical hunger or developing the need to control that hunger through disordered eating habits.

The current study investigated whether or not volunteers who had been given an unlimited amount of a snack food would then take an additional snack after they had eaten as much as they wanted of the first snack.

“Those who ate the most of the extra snack were more impulsive, and more responsive to food reward,” Fay said. “They were also heavier (with a higher BMI), which suggests that repeated snacking in the absence of hunger is a risk factor for weight gain.”

Working with a dietitian can often help individuals with eating disorders resolve problems that have to do with hunger cues, according to the ANAD.

“When looking for help with nutrition issues from an eating disorder, make sure that you look for a registered dietitian who has specialized training in eating disorders,” the organization reports. “This will ensure the best outcome for treatment and recovery from your eating disorder.”