Eating When Not Hungry: A Recipe For Weight Gain 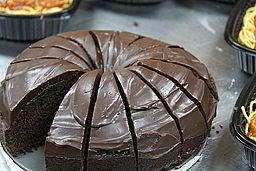 In a study done by Queensland University of Technology, Institute of Health and Biomedical Innovation recently, researchers recently concluded compulsive eating is major cause for weight gain. Dr. Stephanie Fay wrote an article entitled “Psychological predictors of opportunistic snacking in the absence of hunger” that was published in the international journal Eating Behaviors.

Dr. Fay states, “Eating too frequently, especially when we’re not hungry, is a major potential cause of weight gain. Excessive portion size and energy-dense foods are often to blame for weight gain but the frequency of eating is a significant contributor too. Some people are more inclined to be susceptible to the reward gained from foods.”

The study investigated what would happen when participants were offered a chocolate snack right after they had consumed as much as they wanted of a specific snack food. Also explored were what may differentiate people who accepted an additional snack, in spite of not being hungry, from those who stated they had enough to eat.

Results of the Study

It was determined that three-quarters of the study participants who were offered a second chocolate snack immediately after being given as much as they wanted of another chocolate snack, ate the additional one as well. In spite of what researchers originally believed, those who accepted the additional snack had better inhibition control and knew they were making a conscious decision.

However, those who ate more of it were labeled as more impulsive and more responsive to food rewards. These individuals also had a higher body mass index that suggested repeated snacking when not hungry is a risk factor for gaining weight.

One reason why people could be eating when not hungry is due to emotion. People don’t always eat to satisfy their hunger. Food can be used as source of comfort, stress relief and as a reward. However, eating from an emotionally driven place does nothing to “fix” the emotional issues someone has. It usually winds up making the person feel much worse.

If you have ever forced yourself to make room for dessert, even if you were feeling full or you’ve dove into a big pint of ice cream after a break-up, you’ve experienced emotionally driven eating. Emotional eating is using food to make yourself feel better, it’s eating to fill a void rather than to satiate hunger.

It’s important to recognize the emotional eating triggers you’re experiencing and to learn how to deal with negative things in a positive manner. While it can be difficult to break away from emotional eating, it’s not impossible.

Dr. Stephanie Fay is currently based out of London and works with the World Cancer Research Fund. This organization produces and disseminates research findings on the factors that may prevent or result in cancer, including obesity. Obesity is the cause of at least ten different types of cancer. Dr. Fay will return to Brisbane in July for her graduation from QUT. She has previously performed studies into how a person’s personality can contribute to weight gain or loss.