Do You Overeat When Stressed? You May Balance Yourself Out After, Study Finds 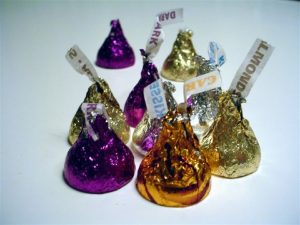 As the holiday season approaches, it can be a stressful time for people with binge eating disorder or tendencies toward indulgence.

Stress has been shown to drive people toward comfort foods – or just food in general – but new research published in Psychological Science reveals that you might unconsciously eat less when a stressful time is reversed by good news or a happy event.

The study, which examined why people change their eating patterns when under pressure, had volunteers self-identify as either “munchers” (people who tended to graze on food regardless of hunger) or “skippers” (people who didn’t tend to overeat).

Each participant then interacted with another person via video chat, making plans to meet this person later. After each chat session, the participants received a message that the other person was either still going to the meeting (and was excited about it) or had canceled the meeting.

Afterward, the participants were offered as much ice cream as they wanted to eat.

“The present findings provide the first evidence for complementary adjustments of food consumption across positive and negative situations,” they wrote.