Clinically Obese Woman Refused Treatment By Doctor Because Of Her Weight 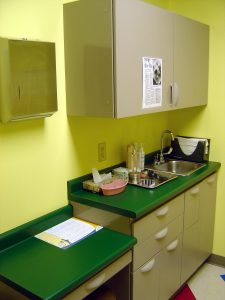 A clinically obese woman in Massachusetts has been refused medical treatment by a doctor due to her weight.

According to a report by the New York daily News, Ida Davidson who weighs over 200 pounds was recently told by her doctor that she would be unable to provide health care for her because of her obesity. Davidson was redirected instead to the UMASS Medical Center for the Clinically Obese for treatment.

Dr. Helen Carter, Davidson’s primary care physician explained that some of her employees had been injured while assisting obese patients. She has stated that the UMASS Medical Center for the Clinically Obese is better staffed, and has more appropriate resources for treating severely overweight patients.

Davidson admits to feeling outrage and shock at being told she was too heavy to be treated by her doctor. She confesses that at first, she couldn’t believe she was hearing Dr. Carter correctly. Davidson considers the whole situation to be ridiculous, and is quoted as saying “I thought doctors were there to help you”. She has since wondered whether she was simply too great a liability and too much work for her doctor.

Not illegal to refuse treatment due to obesity

The American Medical Association specifies that it is not illegal to turn down a patient because of their weight, and that there is absolute freedom for both doctors and patients to choose the person with whom they wish to engage in a doctor-patient relationship.

However, refusing to treat obese individuals produces a difficult situation for some physicians, and opinion is reportedly divided among the medical community. Many doctors prefer to try to work with persons suffering from excess weight in an effort to address the increasing problem of poor nutrition and a sedentary lifestyle which promotes obesity in American society.