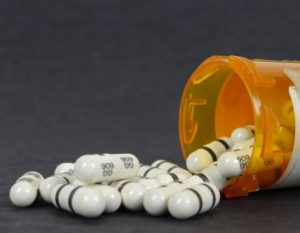 A medication that is traditionally used to treat attention deficit hyperactivity disorder (ADHD) could be effective for those suffering from binge eating disorder (BED), according to new research published in JAMA Psychiatry.

Researchers from the Lindler Center of HOPE in Mason, Ohio found that patients taking lisdexamfetamine dimesylate suffered from fewer binge eating days and episodes than participants taking a placebo pill.

Because BED is not widely recognized as a legitimate condition (despite being added to the DSM-5 in the manual’s most recent update), many people may not be treated for the issue.

Background information in the study also suggested that the U.S. Food and Drug Administration has not approved any pharmacologic treatments to be used for BED, the Lindler Center of HOPE reported.

“There have been some psychotherapies that are helpful for this condition, but they have not been widely implemented,” lead author Susan L. McElroy, MD, told Medscape Medical News. “And because no medication has yet been approved, we thought it was important to try and find out if this particular medication could help.”