A Gene For Overeating? Study Says Some Children Have It, Particularly Girls 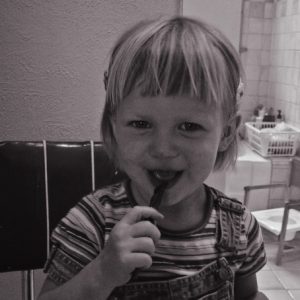 New research published in the journal Appetite suggests why some children may be more prone to obesity, and it has to do with a particular gene in the brain’s reward system.

The study found that girls are more prone to have a variation in this gene, which can set them up for eating disorders if they also experience environmental stress and emotional hardship.

“In broad terms, we are finding that obesity is a product of genetics, early development and circumstance,” said Michael Meaney, Ph.D., associate director of the Douglas Mental Health University Institute Research Centre.

The study, which is part of the Maternal Adversity Vulnerability & Neurodevelopment project (MAVAN), analyzed pregnant women. Some of the women had lived in poverty or suffered from depression, and the researchers tracked these women’s children from birth until age 10.

The team tested 150 MAVAN children by giving them a snack option of healthy and non-healthy choices, while mothers also completed questionnaires about their child’s food consumption.

“We found that a variation in a gene that regulates the activity of dopamine, a major neurotransmitter that regulates the individual’s response to tasty food, predicted the amount of ‘comfort’ foods – highly palatable foods such as ice cream, candy or calorie-laden snacks – selected and eaten by the children,” said Dr. Patricia Silveira of McGill University.

The effect was particularly seen in girls, the study found, and the researchers were able to use this factor to predict the body weight of 4-year-old girls at age 6.

“Our research indicates that genetics and emotional well-being combine to drive consumption of foods that promote obesity,” said Meany. “The next step is to identify vulnerable children, as there may be ways for prevention and counseling in early obesity stages.”