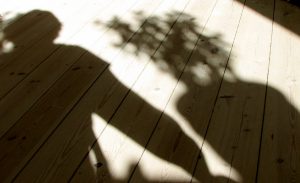 A controversial case in which a 9 year old Ohio boy was removed from his mother’s care due to his extreme obesity, has ended with the boy returning to live with his mother following a weight loss of approximately 50 lbs.

The boy was apprehended and placed in foster care last Fall as it was determined that he was at considerable risk for developing diabetes or hypertension due to his excess weight. Before this, the local Child and Family Services agency had attempted to work with the boy’s mother for over a year in order to help her provide the best environment to control the boy’s weight.

When workers established that the mother was not doing enough to help the boy lose weight, he was taken from the home. At this point, the boy weighed around 218 lbs, whereas the average weight for a child his age is around 60 lbs.

The boy went to live with his Uncle in December of last year after several months in foster care. The Uncle has been responsible for taking the boy to the gym three nights per week and involving him in different physical activities such as swimming and basketball. There are reports that the boy’s weight dropped to 166 lbs at this time.

In March, custody of the boy was returned to the mother with protective supervision. The mother has now been granted unrestricted access to her son. She has allegedly found employment since the incident began, and is committed to ensuring that her son continues to exercise. The YMCA has also provided a free gym membership for the family.

This is believed to be the first time in state history that a child has been removed from the home for issues related to excess weight.