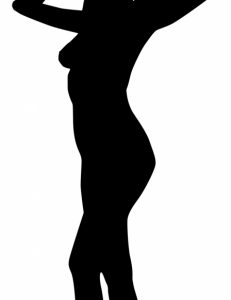 While 10 years ago one in eight women aspired to have the thin-framed, big-busted shape of supermodels like Katie Price or Pamela Anderson, this type of body is now the least wanted look for young women, the poll revealed.

‘Fit not thin’ is in

One in five women says that the “fit not thin” body type is her most desired shape. But the most popular ideal, at least in the U.K., is now the curvy “soft body,” which is represented by actresses like Christina Hendricks and Kelly Brook. Sixty-eight percent of women polled said they would most want to look this way, and more than half of the respondents said that this type of body is the most “attainable” shape for real women. Moreover, 38 percent said this was the “sexiest” body shape for women.

The number of women who think the plus-sized body shape is attractive has doubled over the last decade, from 1.5 percent to 3 percent, the survey found.

It also appears that more women don’t idolize the waif look (made popular by models like Kate Moss) anymore. Only 7 percent think that having an ultra-thin body is attractive, the poll found.

Women also seem to think that that men now prefer women with “real curves” more than ever before – 79 percent of females said their partners liked the “soft body,” while only 3 percent said men preferred the porn-star look.

“The soft body is the biggest change in women’s health and beauty in decades,” said Sofeminine’s Editorial Manager Ursula Dewey. “It’s rocketing popularity shows women are turning their backs on being told to have over-the-top surgical enhancement or extreme diets and are once again embracing their natural beauty and curves.”