What Does Estrogen Have To Do With Binge Eating? 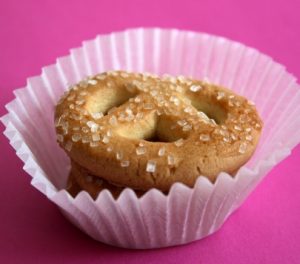 A study recently published in the Journal of Clinical Investigation suggests that estrogen could help to prevent binge eating behavior by activating serotonin in the brain.

Hormonal imbalances, then, could explain why binge eating is more of a problem for some women than others.

“Previous data has shown that women who have irregular menstrual cycles tend to be more likely to binge eat, suggesting that hormones in women play a significant role in the development or prevention of the behavior,” said Dr. Yong Xu, assistant professor of pediatrics and senior author of the paper.

Therapeutic estrogen therapies might be a future possibility to treat binge eating disorder, but Xu notes that current practices come with detrimental effects, like high risk for breast cancer.

“We thought, if we can understand where and how the estrogen acts to produce some benefits, maybe that will facilitate the development of an estrogen-based therapy that could be more specific and would just produce the benefits and bypass the side effects, such as breast cancer,” Xu said.

The next step, he noted, is to determine the exact mechanism that allows estrogen to regulate serotonin neurons.

The study was conducted by researchers at the USDA/ARS Children’s Nutrition Research Center at Baylor College of Medicine and Texas Children’s Hospital.