‘Weighed Down’ By Guilt Isn’t Just A Metaphor, Study Suggests 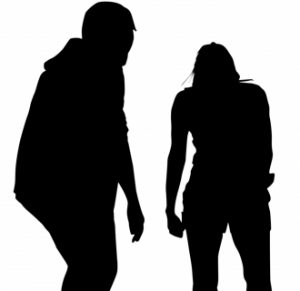 Feeling bogged down, heavy or lethargic are common complaints that tend to accompany this emotion, which can be dangerous for people with eating disorders.

But a new study suggests that emotional experiences of guilt can indeed be grounded in subjective bodily sensation. If you feel guilty, the research reveals, you feel heavier than normal – even if that guilt is associated with past experiences.

Ramona Bobocel, an associate professor of psychology at the University of Waterloo, recently published the results of a series of studies on embodied cognition, the idea that our thoughts an emotions interact with our bodies to change our behavior. The report reveals that guilt can be experienced as a sensation of extra weight – a finding that holds particular significance for people with eating disorders.

In one study, Bobocel asked participants to recall a time they did something unethical, such as lying or cheating. Afterward, the subjects were asked to rate the feeling of their own body weight – did they feel like they weighed less, more or the same as usual? The researchers then compared these results to a group of participants who had engaged in the same exercise, only they were asked to recall an ethical memory instead of an unethical one.

Results showed that subjects who had recalled an unethical memory reported feeling heavier than their normal weight, and they also reported heightened feelings of guilt and other negative emotions, like sadness or disgust.

For eating disorders, the findings suggest that guilty feelings might indeed be an obstacle to creating healthier patterns of thought and behavior.

“Overall, it was exciting to find these patterns of results, which are consistent with an embodied theory of emotion,” Bobocel wrote. “However, this is still relatively new research, and we are still exploring how to more fully characterize the experience of guilt.”

The full article, “The Weight of a Guilty Conscience: Subjective Body Weight as an Embodiment of Guilt,” can be found in the journal PLOS ONE..