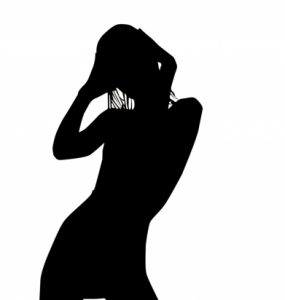 Lingerie company Victoria’s Secret has made headlines yet again for what one young woman is calling completely irresponsible marketing.

This time, it has to do with a new ad campaign for the company’s Body bra line – which features their famously buxom and thin models with the words, “the perfect body.”

Outraged that the company would send such a “damaging” message to young women, Leeds University student Frances Black created a petition on Change.org, demanding that Victoria’s Secret apologize for and amend the ads.

“A brand like Victoria’s Secret is hugely popular in America and in the UK, and they mainly market to young women,” Black said. “It’s really hurtful to women’s self-esteem. I’d like them to apologize and take accountability for choosing the wrong words for the campaign.”

The petition has already garnered over 25,000 signatures, and the issue has been covered by large publications such as The Independent, The Telegraph and the Huffington Post. Victoria’s Secret, however, has yet to comment or make a statement.

Supporters of the petition are calling the advertisements “gross,” “outrageous” and “insulting.”

“Victoria’s Secret executives, how dare you act as an authority on the ‘perfect body?'” one person wrote on the petition’s website.

Last year, the lingerie company came under fire for their “Bright Young Things” line after complaints the models looked too young to be sexualized.

As Black emphasized, the issue is the campaign fails to celebrate body diversity in a significant way.