Teens Who Binge Eat May Have Genetic Variant 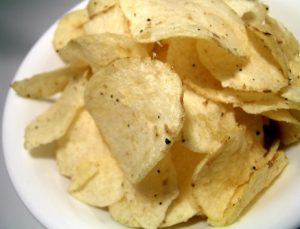 Binge eating in teenagers may have something to do with a specific genetic variation, according to a new study from the University of Queensland.

The same genetic variations that are associated with obesity, researchers found, could also predict binge eating among 6,000 adolescents between the ages of 14 and 16.

“While it’s known that a combination of genetic and environmental factors lead to eating disorders, until now there has been limited research into how specific genes increase the likelihood of binge-eating behaviors in adolescence that can lead to obesity,” said Professor David Evans, lead study author.

In teenagers who had a specific variation of the FTO gene, the likelihood of binge eating was increased 20 to 30 percent compared with adolescents without that variation, the study found.

Girls, in particular, were more likely to exhibit binge eating tendencies if they had the FTO gene.

The findings shed more light on how at-risk teenagers could be identified in order to avoid the health problems associated with binge eating and obesity, Evans said.

“It’s still early days in the research but we’re getting a better understanding of how these behaviors come about,” he concluded. “It’s very complex because the tendency to binge is a behavior influenced by many different genetic and environmental factors.”

The study is published in the journal Obesity.

Source: The University of Queensland