Teenage Boys Have Inaccurate Perceptions Of Their Weight 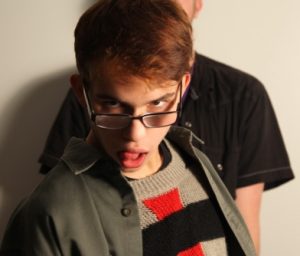 Nearly one-third of male teens inaccurately estimate their weight, according to a new study.

Researchers from Universitat Autònoma de Barcelona collaborated with 597 teenage boys between the ages of 13 and 16, measuring their weight and height while also interviewing them on their behavior and habits around food and dieting.

The boys were asked whether they thought their weight was normal, above average, or under average.

About 28 percent of the teens proved to be inaccurate in their weight estimates, with 43 percent overestimating their weight.

“We’ve discovered that if a teenage boy with normal weight perceives that he is overweight, the possibilities of him going on a diet are as high as if he really was overweight,” said lead study author Carlos Almenara, lecturer in Psychology at the Masaryk University of the Czech Republic.

Also concerning was that 86 percent of boys who were considered obese actually underestimated their real weight.

Since skipping meals or eating very little food (which is often alternated with episodes of binge eating) can lead to weight fluctuations, the study suggests that many young boys behave in unhealthy manners in order to control their weight.

“These are particularly important discoveries when we consider the high percentage of adolescents who are trying to lose or control their weight, given that 25 percent informed us of having gone on a diet at least once in the past year or of having unhealthy weight-control behaviors,” Almenara said.