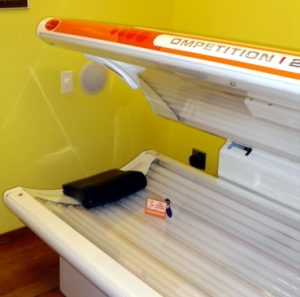 Teens who frequent the tanning salon are more likely to suffer from disordered eating habits and unhealthy weight control behaviors, according to a new study published in the Journal of Developmental & Behavioral Pediatrics.

The research also suggests that this association may be stronger in male adolescents than in females – which could point to a population that needs more attention when it comes to eating disorder education, prevention and treatment.

The study included data on about 27,000 high school students from a nationally representative sample. Tanning was defined by the use of indoor tanning beds but not spray tans. About 23 percent of females and 6.5 percent of males reported indoor tanning within the past year.

Previous research has shown that people who use indoor tanning beds have more body image concerns, and the current study supported this idea: females who tanned were more likely to say they were trying to lose weight, the researchers reported.

And while the study doesn’t prove a direct link between tanning and eating disorders, it does point to the idea that negative body image might contribute to tanning habits.

“Greater attention to these issues by pediatricians may help reduce the number of adolescents risking potentially deadly consequences,” the researchers concluded.