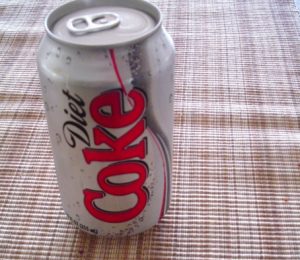 Recent research has begun to show that diet soda consumption is linked to obesity, but which came first – the chicken or the egg?

In other words, some people argue that diet soda consumption affects metabolic processes and appetite cues that cause people to overeat, causing weight gain. Others argue that diet soda drinkers may be turning to these types of beverages because they’re already overweight and trying to cut back on calories or sugar.

In a new study that explores this topic in relationship to eating disorders, researchers found that diet soda drinkers reported not only higher levels of eating, but also more shape and weight concerns than did regular soda drinkers (34 percent compared with 22 percent of the 2,077 participants in the study).

The study, published in Advances in Eating Disorders, found that both diet and regular soda drinkers reported higher BMI and more eating disorders than people who didn’t consume soda.

A 2013 study published in Eating Disorders also found that weight concerns were associated with increased diet soda consumption when appetite was high but not when it was low.

Based on current research, one might conclude that diet soda indeed can make eating and body image concerns worse, especially if it leads to increased hunger and binge episodes due to its interference with satiety cues. Unless they understand the biological processes at work, then, diet soda drinkers may continue reaching for these beverages and perpetuating a vicious cycle, the researchers concluded.