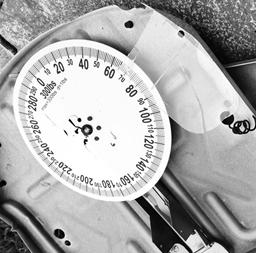 An organization committed to raising awareness about eating disorders is encouraging college students to take out their frustrations with a sledgehammer – on scales.

Southern Smash, of Baton Rouge, La., visits universities across the country, telling students to let go of the body insecurities and “perfect numbers” they’d like to see on the scale. The organization allows individuals to literally take a hammer to the scales, which, says Southern Smash founder McCall Dempsey, represents undoing and obliterating ideas that aren’t serving us about our bodies.

“Eating disorders and disordered eating are a scary epidemic in our world that no one is talking about, and it is a very cool thing that college-age students are ready to see a change, and be the change,” Dempsey said.

In addition to smashing scales, the organization also has other activities that support eating disorder awareness and body acceptance.

“What’s your perfect number?” asks the Southern Smash website. “Whether it is a perfect weight, jean size, calorie amount, grade point average, miles or speed, we allow so many exterior things to define us. Southern Smash challenges women to redefine their worth and beauty by letting go of those perfect numbers.”

After a smashing event, the “guts” of the scales are donated to eating disorder awareness centers to represent the “inside of something that controls your life,” said Dempsey.

Southern Smash’s next event will take place at Samford University in Birmingham on Feb. 25.

Dempsey says the response to the smashing events has been “overwhelming, to say the least.”