Sororities And Body Image: 3 Reasons Greek Life May Be Detrimental To Young Women 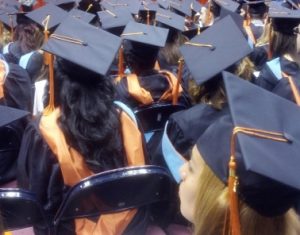 It’s back-to-school season, which means that college women across the country are gearing up for rush – the process of joining sororities on their campuses.

Another problem for college-age women is that, statistically, they are already vulnerable to developing eating disorders. Rebecca’s House, an eating disorder treatment center in Lake Forest, CA reports that an estimated 20 percent of female college students engage in some type of bulimic behavior. This percentage also doesn’t begin to cover the number of young women that are already struggling with other disordered eating habits or poor body image concerns.

“The research of the prevalence of eating disorders suggests an increased risk of developing an eating disorder in a sorority setting,” Rebecca’s House website states.

First-year college students also have an enormous amount of pressure to deal with, Karges writes, which can be amplified by pressures encountered in sororities to fit in, look a certain way, dress in particular clothes, or maintain a certain weight.

“Many other organized groups on college campuses can also offer a feeling of belonging and community without the same pressures on body image,” she says.

If you are a woman going through the rush process, Karges recommends maintaining a sense of self-awareness and being honest about your feelings.

“Are you becoming increasingly critical of your body? Are you constantly comparing your body to that of other women? Do you find yourself having lower self-esteem?
As a college student, it may be important to evaluate these concerns to determine if sorority life is the best fit and activity of choice,” she said.