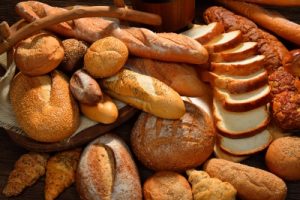 On college campuses across the nation, eating disorders are on the rise.

According to the National Eating Disorders Association (NEDA), there is still a great need for campus support, resources, screening and counseling services.

But is the problem becoming worse for schools that cater toward the gluten-free trend?

A recent article on Forbes explores this topic, suggesting that special dietary accommodations could actually be fueling orthorexia – a condition not yet recognized by the DSM but that’s characterized by an obsession with healthy eating.

According to Jodi Krumholz, director of nutrition at The Renfrew Center of Florida, many people are now overly concerned that gluten is equated with fat and calories.

“We get a lot of calls saying that people want to be admitted [to our center] but don’t want to eat gluten or dairy,” Krumholz said.

A fixation on healthy

A growing trend toward including the calorie count and nutritional information of foods in dining halls, too, could be contributing to the orthorexia phenomenon in college students, said Kristine Vazzano, PhD, LP.

“Our culture has created this good versus bad dichotomy,” she said. “It makes it really hard for someone to choose the more calories dense food even if that’s what their body needs and is healthier.”

While a growing body of research is beginning to point toward the many benefits of a gluten-free diet, college students may be experiencing undue pressure to count calories, track steps, and maintain the perfect physique.

“Society is complicating things in a way that it doesn’t need to be,” Vazzano said. “Eating needs be done intuitively, not based on external influences.”

Gluten-free trend is here to stay

According to the National Foundation for Celiac Awareness, about 1 percent of the American population has celiac disease, for which the only cure is a 100-percent gluten free diet. Yet about 30 percent of adults are interested in avoiding or cutting down on gluten consumption, according to a survey from consumer research firm NPD Group.

Sales of gluten-free products, the foundation estimates, are expected to reach more than $5 billion by 2015.