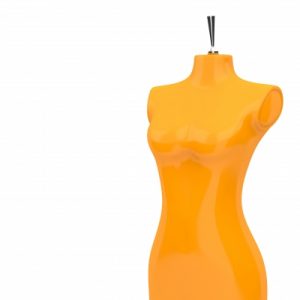 Budget fashion chain Primark became the center of a controversy recently for displaying a too-thin mannequin in a store-front window in Glasgow.

A picture of the mannequin was snapped by shopper Mel Fraser, which Fraser then posted on Twitter with the caption, “Dear Primark, is it really necessary that these new mannequins have protruding ribs?”

The image gathered lots of traction on social media, garnering thousands of retweets and provoking heated messages from concerned consumers.

Fraser argued that she’s not skinny bashing, but that the mannequin could be sending the wrong message to “fashion-conscious girls” who shop at Primark.

“I’m concerned that it sends a dangerous message to impressionable teenagers,” she said.

Primark responded to the issue right away, assuring they would change the window display and look into the use of mannequins in their stores.

“The mannequins you describe, which are currently on display in our windows, will not be used in this way again,” Primark tweeted. “Thank you for bringing your concerns to our attention.”

Beat, UK eating disorder charity, commented on the mannequin issue to Express, stating that they advocate a broader representation of body shapes and sizes among store mannequins.

“We know that the fashion and advertising industry doesn’t cause eating disorders – they’re much more complex than that, but what we do know is that they are a powerful influence which could be part of the solution, rather than being blamed for the problem,” a Beat spokesperson said.

Last year, a Swedish retailer made positive headlines when full-figured mannequins were spotted in the store’s lingerie department.