January, Not The Holidays, Is The Time To Be Food Conscious 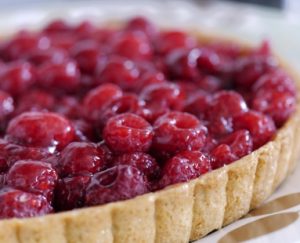 Most people think of January as the time to kickstart healthy habits and make up for slip-ups that happened during the holidays.

Yet new research suggests this is the time of year to be most conscious of our food choices and dieting decisions, as shoppers spend the most amount of food after the New Year – and consume about nine percent more calories than they do during the holidays.

“People start the New Year with good intentions to eat better,” said study leader Lizzy Pope, post-doctoral researcher at Cornell University’s Food and Brand Lab. “They do pick out more healthy items, but they also keep buying higher levels of less-healthy holiday favorites. So their grocery baskets contain more calories than any other time of year we tracked.”

More than 200 New York households’ habits were included in the study, which tracked how much food people buy, how many calories that food contains and how much the average shopper spends depending on the time of year.

The main finding was that people may need better strategies to cope with post-holiday temptations or to reverse eating habits adopted during November and December.

Researchers suggested that people use written grocery lists to prevent impulsive purchases of not-so-healthy foods, and to eyeball their carts or baskets to make sure healthy foods make up at least half of their groceries.

Source: The University of Vermont