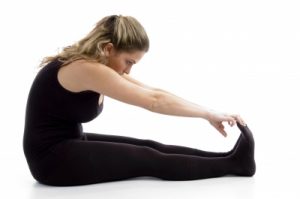 Instagram users can no longer search for photos using the hashtag “curvy.”

A company spokesperson confirmed to Mashable that #curvy has been blocked because it violates community guidelines:

I can confirm that we did block the hashtag #curvy. It was being used to share content that violates our guidelines around nudity. Please note that the block has nothing to do with the term ‘curvy’ itself.

While the move wasn’t made for the purpose of regulating the social media conversation around body image, many people say the block is problematic.

“While many questionable hashtags are still searchable, we wonder about the logic of this bold move,” wrote Madeline Jones, editor-in-chief of Plus Model Magazine.

‘Not a safe platform for young girls’

Hashtags related to body size, like “fat,” “skinny” and “thin” are still searchable, leading many people to question why Instagram would ban a hashtag that has been largely used to further the cause of body positivity, especially by plus-sized models and the plus-sized fashion community.

Sam Roddick, an artist who had her account suspended for posting a representation of the female anatomy, says that Instagram is “not a safe platform for women” or young girls.