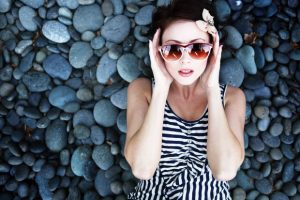 Several weeks after being praised for featuring a plus-sized model in a swimsuit ad campaign (without labeling her “plus-sized,” at that), retail giant H&M is now pledging to diversify their advertising by taking a stand against too-skinny models.

CEO Karl-Johan Persson told Metro that the brand wants to avoid enforcing a message to consumers that women should “look a particular way” – and that body and ethnic diversity is a key part of the change.

“We have a huge responsibility here,” Persson said. “We’re a large company, many people see us, and we advertise a lot. I don’t think we’ve always been good. Some of the models we’ve had have been too skinny.”

Persson points to the company’s recent campaign with Beyonce as an example of the brand’s commitment to featuring “curvier” models. However, allegations that H&M actually tried to digitally alter photos of Beyonce to make her appear thinner have since surfaced. According to a statement made by the company, her original images were used in the end.

“By and large, I think we’ve succeeded,” Persson said of H&M’s efforts to show body diversity.

He also acknowledges that while some models are simply thin by nature, others are too skinny to be considered healthy.

Persson also talked about sustainability changes happening in the company’s manufacturing processes that will help to “give back to the customer” without raising prices on clothing. And whether it’s his impact on production practices or marketing campaigns, Persson says he wants to be able to look back and feel proud about the mark he made on H&M.

“I want to feel that we were the just company regarding our social responsibilities,” he concluded.