For Muslim Women, Hijab May Be Linked To Better Body Image 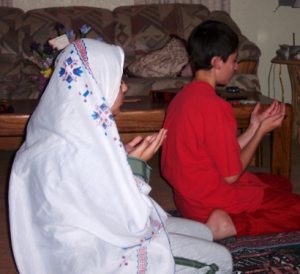 A study at the University of Westminster found that British Muslim women who wear the hijab may have a better body image than those who don’t.

Researchers surveyed 587 Muslim women from London between the ages of 18 and 70. Of the women, 218 said they never wear a hijab – the traditional veil that covers a woman’s head – while 369 said they used it in some form.

The women were asked questions about body dissatisfaction, as well as the strength of their religious convictions or beliefs. Other questions included topics related to how pressured women felt by media to look attractive.

Results showed that hijab wearers tended to have a more positive body image.

Women who wore the traditional garb also seemed to place less importance on their appearances and didn’t report feeling much pressure from the media about meeting beauty standards.

The authors noted that these sentiments weren’t driven by religiosity.

“By identifying those aspects of hijab use that are associated with more positive body appreciation in future studies, it might be possible to isolate factors that can be targeted in intervention programs,” Dr. Swami said.

The study is published in the British Journal of Psychology.