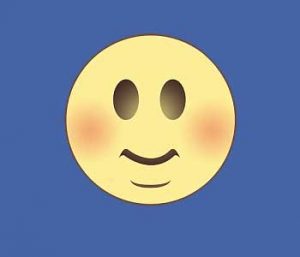 Yielding to pressure from the public, Facebook has removed the “fat” emoji that was listed as an “I’m feeling” option for status updates.

Ohio State University student Catherine Weingarten first started the protest against the fat emoji when she saw the chubby-cheeked icon appear on her friend’s Facebook status.

“As someone who has struggled with and overcome disordered eating, I know what it’s like to ‘feel’ fat,” Weingarten said in a petition on Change.org. “I have spent years of my life consumed with negative thoughts about my body, and far too many days starving myself in an effort to lose weight.”

In a statement released by Facebook, a spokesperson said the company will continue to listen to feedback from users about how to improve the site’s ability to enable self-expression.

“We’ve heard from our community that listing ‘feeling fat’ as an option for status updates could reinforce negative body image, particularly for people struggling with eating disorders,” the spokesperson said. “So we’re going to remove ‘feeling fat’ from the list of options.”

The icon currently looks the same but the word “fat” has been changed to “stuffed.”