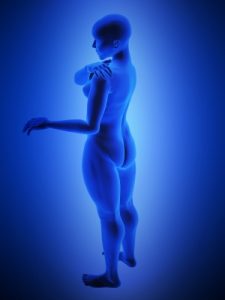 According to blogger Jes Baker, women don’t often flip open a magazine or turn on the TV to see a female body that resembles their own.

“I think it’s time to change that,” Baker said in a blog post on the “Expose” project, which included 96 women who gathered in Tuscon, Arizona to shed their clothes in the name of “collective beauty.”

Due to the overwhelming amount of unrealistic images that women see in social media, on television or in magazines, Baker said, women almost never see positive reinforcement of different body types.

‘Their bodies are vehicles through life’

Photographer Liora K stresses her goal with the project was that women feel at home in who they are – no matter their body type.

“What I really wanted the women to get out of our time (how ever brief) together was that they were IMPORTANT,” Liora said. “That their bodies deserved to be seen, that what they perceive as faults are simply THEM, and are neither right nor wrong. That showing their bodies won’t innately cause them harm.”

As the Huffington Post reports, journalist Gillian Drummond covered the shoot for 3 Story Magazine, describing how her experience was “electric” and “empowering.”

I tell my daughter all the time: “People come in all shapes and sizes.” And I wish she had been there to witness how true this statement was that summer afternoon in Tucson. There were big boobs, little boobs, hardly any boobs, pregnant boobs. Pregnant bellies, Caesarean scars, other scars. Briefs, thongs, boy shorts, high-waisted Spanx affairs, and some undies removed altogether.

Baker said the project was essentially an exercise in self-trust:

“They bared all to defy a lifetime of being told that their bodies were less than camera ready. And defy they did. Every time the shutter clicked, triumph was theirs. God, it was moving.”