Eating Is Addictive, But Not The Way Drugs Are 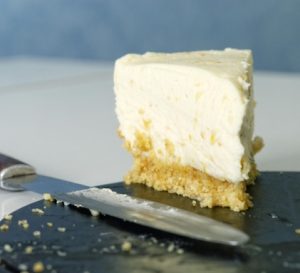 Food addiction has long been described as being similar to drug dependency – that we crave certain foods because they give our brains the “hit” or high we’re looking for.

But an international team of researchers suggests this isn’t quite true, and that the brain doesn’t respond to elements in food the same way it does to addictive drugs like cocaine or heroin.

“There has been a major debate over whether sugar is addictive,” said Professor Suzanne Dickson, coordinator of the NeuroFAST consortium, a project that involves researching the neurobiology of eating behavior. “There is currently very little evidence to support the idea that any ingredient, food item, additive or combination of ingredients has addictive properties.”

The mechanism behind food addiction is more of a psychological compulsion, the researchers said, which is reinforced by the feel-good emotions that people associate with eating and food.

While food addiction isn’t currently classified as a mental disorder, it could fall into this category, they said.

“Certain individuals do have an addictive-like relationship with particular foods and they can overeat despite knowing the risks to their health,” said Dr. John Menzies, Research Fellow in the University of Edinburgh’s Centre for Integrative Physiology. “More avenues for treatment may open up if we think about this condition as a behavioral addiction rather than a substance-based addiction.”

When addressing the obesity problem, the focus should be on the individual’s relationship with food, rather than just the food itself, the team concluded.

The study is published in Neuroscience & Biobehavioral Reviews.

I NEED TO TALK TO SOMEONE NOWFree and Confidential. Call https://eatingdisorders.com800-568-9025Response time about 1 min | Response rate 100%
Who Answers?