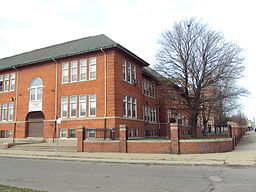 Though most eating disorders like anorexia and bulimia are associated with teens and young adults, researchers warn parents that children as young as 8 years old can have hidden psychological issues. The team adds that restrictive eating patterns could emerge before a child reaches adolescence.

Researchers from the University of Montreal in Canada and CHU Sainte-Justine Children’s Hospital gave their study results at the annual Eating Disorders Association of Canada conference.

Prof. Dominique Meilleur a clinical psychologist led the study and it questioned how childhood eating disorders develop and are diagnosed. Dr. Meilleur stated, “Many researchers believe that bulimia only appears at adolescence, but our studies indicate that the problems can arise much earlier. It is possible that it is currently under-diagnosed due to lack of awareness and investigation.”

The Eating Disorders Association notes that increasingly, medical researchers are discovering an eating disorder could happen as a result of interactions between genetic, social, behavioral and psychological factors. Additionally, eating disorders can often occur with other conditions like depression, substance abuse or anxiety disorders.

Triggers for an Eating Disorder

Dr. Meilleur and her colleagues reviewed the socio-demographical, psychological and physiological characteristics of 215 children. The children participating in the study were between the ages of 8 and 12 years old and had been diagnosed with an eating disorder.

The children were excluded from the study if they had physical issues that may result in eating issues, such as cystic fibrosis or diabetes. Children included in the study often suffered from mood disorders, anxiety and attention deficit.

Findings of the Study

The results of the study are concerning because it could help clinicians reach an earlier diagnosis. Of the children in the research study, 22.7% reported being mocked or bullied for their appearance which was identified as a trigger for amending their eating behaviors.

Not Just a Female Issue Any Longer

Although eating disorders are typically thought of as a “girl” behavior, the results of the study show that boys in the same age group were similar to the females in most situations. However, the only exception was social isolation which researchers say was greater and longer for males.
Some males with an eating disorder will display symptoms that are similar to girls, while others have muscle dysmorphia which is an extreme concern with developing more muscles. Unlike a girl with an eating disorder, boys with muscle dysmorphia wish to gain weight or bulk up more, which can lead some to seek out steroids.

More research is needed to determine the unique features of eating disorders in males. Professor Meilleur concludes of the study “The profound similarity between boys and girls, supports, in our opinion, the hypothesis that common psychological and physical factors linked, amongst other things, to the development period, are involved in the development of an eating disorder.”