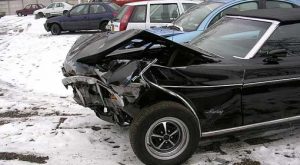 In Australia, it’s more dangerous to have an eating disorder than to hop in the car for a long road trip.

In a report commissioned by the Butterfly Foundation, an organization that supports Australians with eating disorders, an estimated 1,828 people died from eating disorder-related deaths in 2012–a number that was about 50 percent higher than the national road-related death toll.

Michelle Bridges, writer for the Sydney Morning Herald, is calling Australia’s problem a public health issue, as an estimated 913,986 people in the nation suffer from eating disorders–and a third of these people are men.

Bridges notes the mortality rate doubles for a person with an eating disorder, and that Medicare covers just 10 visits to a therapist per year–a measly number for those in the throws a extremely late-stage eating disorders or serious medical issues because of malnutrition.

“When 4 per cent of our population – men and women of a variety of ages – have life-threatening eating issues…ignoring the problem is no longer acceptable. It’s time to start making some noise about it,” writes Bridges in an article entitled, “Eating disorders don’t just take a bite out of our economy, they cost lives.”

The estimated annual cost for eating disorder treatment in Australia is $70 billion.