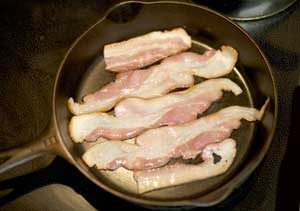 If you post pictures of things you eat on Instagram, you may have an underlying problem – at least that’s what one doctor says.

Canadian Obesity Network chair Dr. Valerie Taylor argues that some people who are obsessed with documenting their food intake on social media sharing sites, like Instagram, may start to develop unhealthy weight disorders or problems with eating patterns.

Food plays a psychological role in our lives

Some may argue that Taylor is taking things a little too far by indicating that food photo sharing equals an eating disorder, but Taylor pointed out at the Canadian Obesity Summit in Vancouver on Wednesday that food plays a psychological role in our lives. She also notes that the focus on food, for some, is so significant that it becomes normal to share this obsession with the rest of the world.

Taylor’s presentation was called “Food Fetish: Society’s Complicated Relationship with Food.” She is psychiatrist-in-chief at Women’s College Hospital in Toronto and associate professor at the University of Toronto.

What’s your opinion? Can “food sharing” be an indicator of a deeper problem?