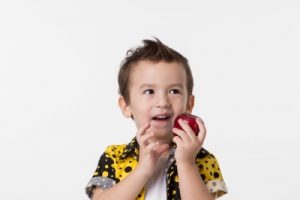 In what is potentially the largest study of its kind in the world, researchers from La Trobe University in Melbourne found that children as young as three years old can recognize different body images – and that this awareness comes with early discrimination about what is considered good or bad when it comes to body shape.

The Children’s Body Image Development Study found that 38 percent of boys and 30 percent of girls between the ages of three and eight expressed desire to be a different body shape. Most children want to be bigger, the study found, while few kids acknowledged that weight loss was a possible concept.

According to Dr. Stephanie Damiano, from the School of Psychological Science, the next step will be for researchers to analyze how childrens’ friends influence their own body image thoughts and feelings, as well as how the media contributes to this internal dialogue.

“It’s not just about eating disorders, it’s really about body acceptance,” Damiano told the Herald Sun. “We’re hoping this will help us understand more about what’s influencing children’s attitudes and when that’s occurring, so we can develop some sort of prevention so they don’t get dissatisfied with their body.”