Being Overweight Is Top Cause For Bullying, Surveys Find 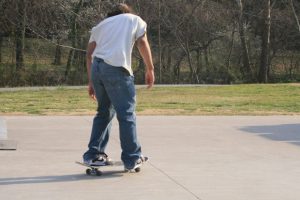 While children will find a variety of reasons to bully other kids, being overweight is the reason behind most bullying that occurs in schools, according to two new surveys.

Parents of children ages 2-18 answered questions by Yale researchers, offering their perceptions and concerns about weight-based bullying and victimization in children. They were also asked whether or not they think schools are doing enough to combat the problem.

Overweight kids suffer the most

More than half of the parents surveyed believe the most common reason for bullying is being overweight – and this belief held true even for parents with kids that were normal weight. Less than 13 percent of the parents said that race, disability or sexual orientation were reasons for bullying.

In the second study, about half of parents expressed that schools aren’t adequately prepared to handle the bullying problem, and 80 percent said that schools should enact anti-bullying rules that offer protection for overweight or obese students.

“These studies highlight how concerned families are about weight-based bullying, and that there is substantial support among parents for a range of actions to address this problem more effectively at both the school and state level,” said Rebecca Puhl, lead author of both studies and deputy director at the Rudd Center.