Are Obese Teens At Higher Risk For Eating Disorders? 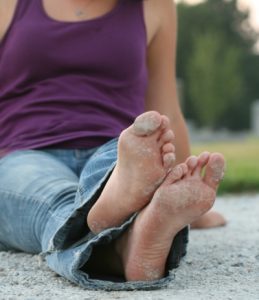 Overweight teens who lose weight are usually applauded by their parents and health care providers.

But a recent study from researchers at the Mayo Clinic suggests that praise may be premature, as obese adolescents could be more prone to eating disorders like anorexia or bulimia – and their weight loss might not be the healthy kind.

The Mayo Clinic researchers pointed out that many adolescents who seek help for eating disorders also have a history of being overweight or obese. Not only that, but doctors tend to take longer to diagnose their issues than they do with kids who have eating disorders but are in a normal weight range.

“Given research that suggests early intervention promotes best chance of recovery, it is imperative that these children and adolescents’ eating disorder symptoms are identified and intervention is offered before the disease progresses,” lead author Leslie Sim, an eating disorders expert in the Mayo Clinic Children’s Center, said in a press release.

The study found that more than half of all high school females and 30 percent of high school males admitted to having disordered eating habits, like fasting, using diet pills, binge eating or taking laxatives.

Since obese children are used to being taunted or teased about their weight, the researchers said, positive praise in response to weight loss can cause them to employ more severe dieting tactics, like skipping meals or purging.

“For some reason, we are just not thinking that these kids are at risk,” Sim said. “We say, ‘Oh boy, you need to lose weight, and that’s hard for you because you’re obese.'”

She also noted that eating disorders have the highest mortality rate of any mental health illness, and successful treatment involves medical, nutritional and psychological care. Spotting eating disorders in this population early on is key, she concluded.

“I’ve never seen an eating disorder that didn’t begin with a conscientious effort to diet. They are just not being identified because of their weight history.”

Results of the study are published in the journal Pediatrics.